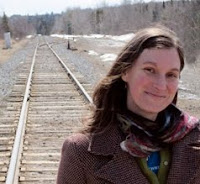 This is “a” Top 10, not “the” Top 10—on another day, other collections may have come more forcefully to mind. Poetry is like that. The list is in order by title, not by rank.

Coal and Roses, P.K. Page (Porcupine’s Quill, 2009)
A collection of Page’s glosas that shows how rich with possibility this form is (in the right hands). Each poem is accompanied by an image of the inspiring poet—the author of the quatrain the glosa is built upon—and a short biography, which, because Page was so widely read, makes this an elegant and unusual tour of a rich cross-section of poets from different cultures and ages. We have 17th-Century duchess Margaret Cavendish, Anna Akhmatova, Jorges Luis Borges, Zbigniew Herbert, Wallace Stevens, Theodore Roethke, Gwendolyn MacEwen, Frederico Garcia Lorca, Don Mckay and Dionne Brand—and we see their influence in Page even as we see her spring away from them without fail, every time, into her own unmatchable voice.

Ishtar Gate, Diana Brebner (McGill Queen’s, 2005)
This contains new, posthumous work as well as selections from Brebner’s three collections of poetry, most notably her CBC Literary Award-winning series “Eleven Paintings by Mary Pratt,” in which gutted salmon gleam on foil, a stuck jar of preserves becomes a metaphor for a stalled life, and “Eggs in an Egg Crate” stand in, surprisingly and poignantly, for lost children. Brebner was a master of subtlety, the unassuming, tautly crafted poem that takes you off the rails without warning, into dangerous territory—into where things are so real as to be almost unbearable.

Loop, Anne Simpson (McClelland & Stewart, 2003)
More ekphrasis here! (I like paintings, and the way they can galvanize a poet’s imagination, and serve as portals to unexpected places.) Simpson gives us “Seven Paintings by Brueghel,” which begin and end with the ominous line (slightly differently punctuated each time), “These watches. Ticking, still. Each hour is cold.” The book closes with a marvelous sequence set in a trailer park that, in this poem, is visited by Kepler, by a burning ship in a bay, by Copernicus, dark matter, the Taj Mahal. Simpson can weave disparate worlds and ideas together smoothly and swiftly, tracing a train of thought as it ricochets around the park, bouncing off trailer after trailer.

The Mechanical Bird, Asa Boxer (Signal, 2007)
Boxer writes the best lobster poem I’ve ever seen—and there are more lobster poems out there than you’d think. He gives lessons on lying that are both funny and painfully true. He gets political, he gets testy, he speaks his mind, and his poems are unfailingly generous toward this species we call the human race. The poem “The Traveller” is like a coda for the poet: “The traveller’s wish is to touch the vanishing point, / to arrive at the crux, to stand in the deepest place.”

Merrybegot, Mary Dalton (Signal, 2008)
An invigorating read—the nearest thing to reading in another language while still reading in English. For these poems are rich with Newfoundland vernacular, and use its rhythms and cadences to great, musical effect. Each poem is a little song. Collectively they make an album cut in the kind of place where every person is like a strange planet unto themselves, while at the same time everyone knows what’s up with everyone else. The eye behind these poems misses nothing. And the voice doesn’t mess around.

Muybridge’s Horse, Rob Winger (Nightwood, 2007)
At heart this is a novel in poetic form, a fictionalized retelling of the life of famous American photographer Eadweard Muybridge—whose life was not for the faint of heart. Aside from revolutionary advances in photography that led to moving images, it involved 1870s San Francisco, a murder trial and travels in Latin America, to start. The writing is sensuous, charged, unflinching, hypnotic. At one point Winger writes, “(plot, plot, plot, plot, plot: / why do these chronologies insist on so much?” But he gets inside the plot nonetheless; he wraps it around us strand by strand, colour by colour, scent by scent. (And it’s also, delightfully, a flip book featuring a tiny galloping horse.)

Noble Gas, Penny Black, David O’Meara (Brick, 2008)
We ran a feature review on this book in Arc—and I agreed wholeheartedly with reviewer Carmine Starnino’s enthusiasm for the depth, tone and range of this book. You find here a combination of journey poems and home poems, and a common thread that comes down to a kind of acceptance that there’s no coming back or getting away—that we’re kind of stuck in a state of being lost. O’Meara feels like one of the most honed voices of my generation. There’s no posturing here, no adopted “poetic” voice, no artificial weight. These poems are as solid (and as mesmerizing) as the ball falling fro m the sky to land in an open glove in “The Throw.”

Penny Dreadful, Shannon Stewart (Signal, 2008)
This bold, inventive page-turner feels essential: it needed to be written, for the poet’s very survival. Stewart borrows the motif of the penny dreadful, a popular 19th-century magazine filled with brutal, sensational tales, to deal with the unreal quality that reality takes on when her morning newspaper starts to fill up with tales of missing prostitutes and the pig farmer we now know was responsible. In one poem, she imagines coming home to find the 63 missing women in her apartment, doing chores and laundry. In another, they speak, like a chorus. In another, all the derogatory names for women are personified: the “cow” speaks, as does the “slut” and the “whore.” The poems are short and quick and rhythmic, often resembling nursery rhymes—though there’s nothing here you’d ever read to a child. You come away from this book with a rage at what can be allowed to happen in our society, and a deep relief that someone has noticed—and that that someone was Stewart.

Pigeon, Karen Solie (Anansi, 2009)
I group Solie with O’Meara as the voice of a generation. Both these poets came on strong with their first books and have now, by their third, matured and deepened in their concerns, and honed their use of language and sense of craft to a point where they can stick-handle a poem into the net nearly every time. Solie writes with a generosity toward humanity, a big-hearted acknowledgement of the trials and tribulations of life, that is unfailingly seductive. I highlight the opening poem in this vein, “Pathology of the  Senses,” which draws us into a stiflingly muggy Toronto where we move for four increasingly desperate pages among a hoard of sufferers through the hot, soupy streets. Likewise “Prayers for the Sick,” which I half think should be posted in every hospital emergency ward in the country.

This Way Out, Carmine Starnino (Gaspereau, 2009)
Another poet of our time who’s building, book by book, toward something lasting, essential and true. This book is permeated by a melancholy that doesn’t detract from its verve or its force. Starnino loves words, worships language, and lets loose with it in such spilleth-over odes as “Pugnax Gives Notice” (about a gladiator who wants to quit), “Our Butcher” and the title poem, an homage to his old Montreal neighbourhood of Parc Ex, “This Way Out.” The most heartbreaking and affecting poems here though are the group of short, simple moments at the end, “The Strangest Things,” snippets really, tiny scenes, Starnino’s attempts to track random triggers to sudden sadness.

Anita Lahey
—Her poetry collection, Out to Dry in Cape Breton, was a finalist for the Trillium Book Award
Posted by The Fiddlehead News at 9:35 AM